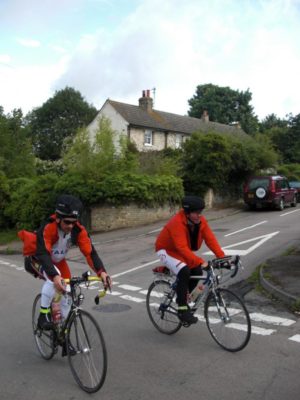 The word friend in the day of social media has lost some of its meaning, suggest a friend, accept a friend request , deny a friend request, cancel a friend, follow , un follow. Being a friend is more than just liking an photo or a post, friendship is something that you achieve with one’s  actions , not being there everyday but when your friend needs help or motivation you are there not matter how long it has been since you have last seen each other.

In 2005 I decided to go and attempt to ride the London Edinburgh London .  A  1400 km ride held every 4 years that passes through the beautiful English countryside and crossing over into Scotland to the turn around point at Edinburgh. The ride is very challenging alone but throwing in the atmospheric conditions can really cause problems for the most experienced rider. I left Italy on a flight for London alone, at the time I didn’t really have any friends who I rode with at that period. I arrived in London on 7 July 2005  the day of the bombings , I remember our train being stopped on the way from the airport. During the ride almost at the half  way mark I was riding during the night near Lockerbie, Scotland it was raining and very cold and my right leg stopped working. I didn’t know at the time that if I was outside in prolonged periods of cold my ms would act up ,so my ride ended right there. I remember I girl saw me at the control who knew me and said you can’t stop you are Tony Lonero, that really stuck with me even today.

Four years went by in the winter of 2009 I had a pretty bad flare up with my ms. My friend Paolo Bronzetti came to visit me here in Anzio which is about a 4 hour drive from his house. We just knew each other from some rides but he came down to tell me to get better because I got some un finished business in London. So my symptoms subsided and in July we went back to London and as I say we killed the monster and took care of the unfinished business. 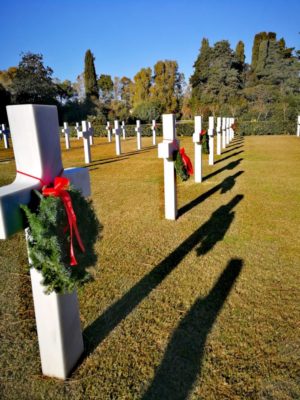 This past May I decided to do something different not for me but to remember the 480 unknown American dead that are buried here in Nettuno at the Sicily Rome Cemetery. The cemetery is the burial place of over 7000 Americans who died during the war.So we went down to Sicily and rode to the cemetery and raised enough money to put Christmas wreaths on the 480 unknown crosses.While we were coming from Sicily I was having serious pain in my right leg, I initially thought it was muscle pain, but walking became a task I never felt so much pain in my life. After a month of physical therapy the pain was unbearable, couldn’t sleep, drive the car was hard just to function everyday. So I decided it was time to get and MRI.  I was beginning to think it was my ms and not some type of muscle problem. 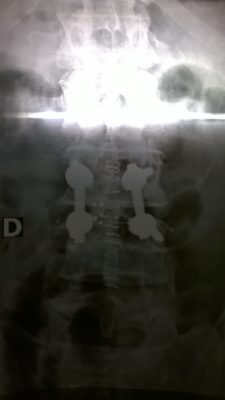 To my surprise I had one of my vertebra the L3 the moved laterally causing an internal hernia. My doctor told me that an internal hernia is very rare only found in 2% of cases.  The hernia went internally and was positioned on my spinal cord. Don’t want to get into the details but my doctor Marco Ciamatti did a great job. He told me I was very lucky if while I was riding from Sicily if I would have fell or if my vertebra would have moved more I could have been paralyzed and lost my right leg. Before I went into the operating room I told Marco that I wasn’t ready to stop living my life in the manner I have been for the last 18 years.  In August I had the operation , after walking , swimming , starting to ride a month ago my friend Paolo Bronzetti came down to visit with Mimma and I . Just like in 2009 when we went back to London to take care of business , we rode the 200km yesterday on the course that for 14 years we organized a 200km ride on the  first Sunday of March. 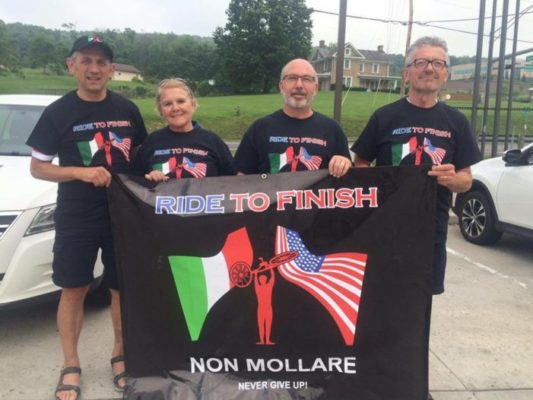