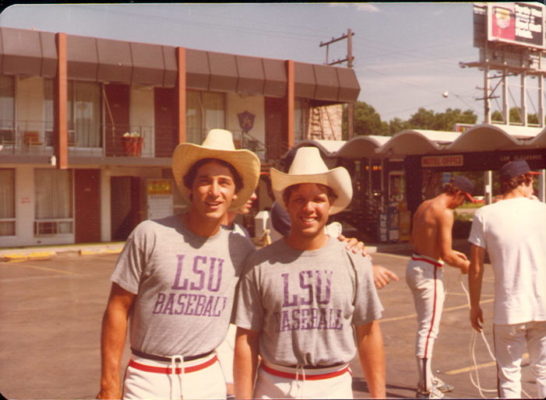 Back in the winter of 1981 I was finishing up school down at Louisiana State university, when all of sudden I get a phone call from Italy about playing baseball. At the time I had no idea they played baseball here nor did I know anyone that played. I got a phone call from the late Demie mainieri the late father of the current coach of LSU baseball Paul. Demie at the time was coaching Nettuno baseball he knew me from college so he ask me if I would be interested in coming over to Italy to play baseball. At the time I really didn’t know what to think? The money was better than the minor leagues and since my grandfather was born there that would enable me to apply for dual citizenship which if I played well I could play on the Italian National Baseball Team. So since I wasn’t ready to stop playing baseball, I accepted the contract to come after Christmas and on March 4, 1982 I would be heading off to Italia. I packing everything I could at the time it was hard to find things you needed like batting gloves, spikes, bats you personal things you needed to play. I wanted to get in shape before I left so growing up on Penn Hills , near Pittsburgh the winters are cold with snow so wasn’t the ideal place to have spring training. . So with my LSU team mate and good friend from Moon Township Bob Mariano who at the time was playing in Single A baseball with the Yankees we decided to go down to Baton rouge at LSU and work out. Bob didn’t have to much money I think we may have had about $350 between us both, we purchased two one way tickets from Grey Hound to Baton rouge. So in the beginning of February we left from Grey Hound bus station in Pittsburgh. Trip lasted seemed like for two days, crazy people getting off and on the bus, we finally made to Baton Rouge where I can’t remember someone picked us up at the station and took us to our new apartment, the visitors locker room at LSU Alex Box stadium, that is the baseball stadium. Like I said we didn’t have money and so our coach at the team Jack Lamabe let us stay in the locker room. What a great facility we had everything right outside our bedroom. First thing we got was an electric roaster that way we could cook all of our meals in one pot. Our food consisted mostly of potatoes, canned goods and some of the players would bring us some food from the training table that was located on campus for the athletes. Bob slept on a training table I had an old couch so slowly this would become our home for the next month. Nice perk about living there is the team trainers washed the player’s cloths everyday so we had our own bag and would throw our stuff in with the teams dirty cloths and our attire would get all washed. Second we had 20 showers to ourselves which we would use to get washed and to wash the dishes while we were showering. Our day consisted of breakfast, running, hitting on the field in the cages, under the stadium if it rained, I would hit bob ground balls since he was a third baseman and Bob would help me with some drills for my catching. After we would go over to the football stadium and we would work out in the weight room under the stadium . 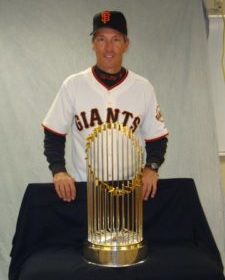 I have to say the facilities that bob and I had were second to none. Now the team would come in the afternoon to practice and sometime they would have a pre-season game so if they needed the locker room Bob and I would have to pack up our stuff put in an extra room and usually one of the players would lend us their car and we would go to the mall in the afternoon. After a month Bob got his ticket from the Yankee’s to head off the spring training, I flew back home because to Pittsburgh to pack my things to get ready to leave for Italia. The night before we left we were sitting in the home locker room with a couple of players and coaches it became an evening ritual, talking about me going to Italy. Someone ask me what is the name of the town? I don’t know why I couldn’t always remember, Nettuno. What was their logo, someone said the gladiators, just making fun of me and carrying on. I never forget what Bob said so I could remember Nettuno when I got to Italy he said “Tell them Charlie sent you”. Who is my age will remember the commercial for Starkist Nettuno and Charlie would say at the end Just tell them Charlie sent you.
Ride to Finish